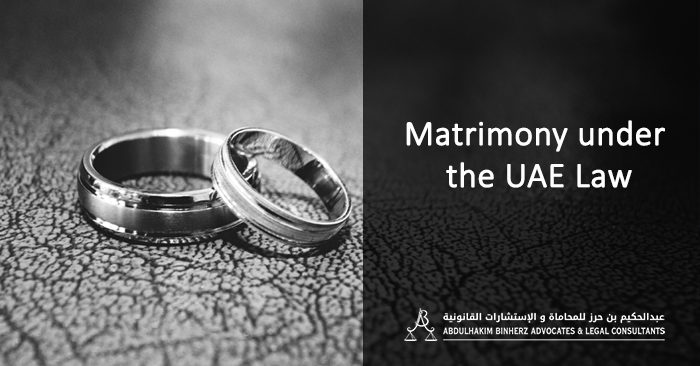 Pursuant to the UAE law, matrimony is the constitutional bond for a man and a woman to settle a relationship and create a Family. The marriage defines the protection of the rights of the couple and their children. Unmarried couple living-in are forbidden for all nationals and residents regardless of nationality or religion.

Sharia Marriage as per UAE Law

It is illegal under Sharia law for a man and a woman whom are completely unconnected or unmarried to be alone. The offence can fall under the Article 356 of the UAE Penal Code, relating to consensual sex, provides for a minimum prison term of one year for anyone engaged in sexual intercourse.

All citizens and expatriate populace may conclude their weddings in the UAE. In UAE, Islamic marriages are performed in accordance with the provisions of the Sharia law, which apply in the following cases, irrespective of nationality:

The Dubai Government, as one of the Emirates, has stated that marriage agreements between Muslims in Dubai must be registered in the Sharia court in the UAE to guarantee that marriage follows the legal criteria. For Emiratis, the method of getting married involves several easy steps. The groom and the bride, together with their legal parents and two Muslim testimonies, must be present to finish the ceremony of the marriage contract.

Each Emirates comply on the legalities of each couple on getting married in accordance to UAE and Sharia Law.

General requirements for marriage to occur according to UAE Law:

The law emphasizes pre-marital screening to prevent the spreading of infectious diseases such as AIDS.

Non-Muslims Matrimony in the UAE

In the case of non-Muslims, the marriage regulations applied in their home country will apply. The spouses are needed to have a valid UAE residence visa. Non-Muslims can declare marriage procedures at the embassy or consulate of their country in the UAE, or at a temple or a church as per their religion.

In most instances, a marriage contract entered overseas is valid in the UAE. To be recognized, the initial marriage certificate must be legalized before the Ministry of Foreign Affairs, interpreted into Arabic by an official translator and then certified by the Ministry of Justice.