Skip to content
HomeBlogPostsHow to Acquire a Driving License in Dubai? 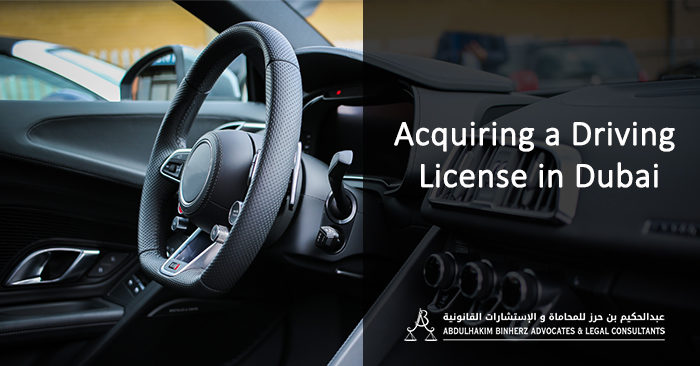 In the UAE Each Emirates may have its own rule and regulations for obtaining a driving license and therefore, each individual should enquire clearly before he applies for his driving license permit, for example in Dubai it is required that individuals need to enroll with approved driving institute or school and attend at least 50 classes if you are a beginner.

According to the Official Portal of the  Dubai Government (www.dubai.ae), any person aged between 18 to 21 years (UAE citizens/Residents) can apply for a probationary license and be enrolled with one of the approved driving school in Dubai and in general the cost as stated by the Road and Transport Authority (RTA) for individual between AED 4500 to AED 7000 (the cost depends on the individual passing all the test including the road test in the first attempt or after a number of attempt).

As of date the Government of Dubai has given the list of countries from which citizens can transfer their valid driving licenses without having to pass a driving test or go into a driving school, these are ;

In case your country name does not appear in the above listed countries, it is recommended to contact RTA at 8009090 for any of your enquiries or use RTA website; www.rta.ae .

We suggest also that you follow all the road and transport rules in the UAE to avoid any fines and penalties and wish you all a very happy drive in the UAE.