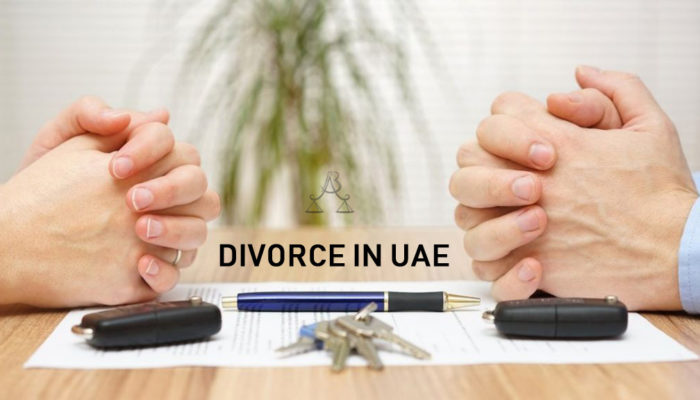 In the UAE, Divorce is gradually increasing. There are various reasons for the divorce like job loss, financial stress, marital infidelity, lack of communication, social media etc. In UAE marriages are governed by the principles of Sharia Law. Under Sharia Law, it is difficult for the couples to get a divorce since there are several requirements to be fulfilled before the divorce.

If both the parties are Muslims, then the Sharia law will be followed by the courts to grant a divorce. For Non-Muslims (Expats), the law of their home country is applied. This provision is mentioned under Personal Status Law of UAE. If there are any issues under the law of the parties’ home country to cover an aspect of the divorce procedure in UAE, the courts will apply the UAE Law.

Expats or residents usually have a choice of jurisdiction. This is considered by the birthplace of either of the parties, the country where they have lived and settled for a period of time or the local UAE court. In the UAE a wife or a mother is not entitled to claim a share of assets held in her husband’s sole name and the spousal maintenance is extremely limited.

A divorce can be concluded in UAE within three months, provided both the parties are able to reach an amicable agreement in regards to finance, maintenance and custody of the children. If there are any issues and obligations regarding maintenance and the custody, the case proceedings would take longer to conclude.

In the UAE under the Personal status law, until the male child reaches 11 (eleven) years and if a female it’s 13 (thirteen) years, the custody will be given to the mother and after that, the custody will be granted to the father. The court at the best interest of the child may increase the age of majority for the male and up to her marriage for the female.

It is the duty of the husband to provide maintenance or financial support to his wife or wives and the children. Even after the divorce, the wife is entitled to maintenance until she re-marries.

After obtaining the divorce without the consent of the other parent, it’s not allowed to leave the country with the child. If one of the parents does so, it amounts to child abduction. In such case, the court will order the parent to bring back the child to UAE. To prevent from this, either of the parent can file a travel ban on the child so that the child will be there in the UAE.

In the UAE before seeking a divorce, it is advisable to know the rights of each other by consulting a lawyer. Our law firm is having experienced lawyers who handle Divorce cases in UAE. If you have any questions, don’t hesitate to contact us.