Skip to content
HomeBlogReal Estate LawDelay in Handing Over the Property 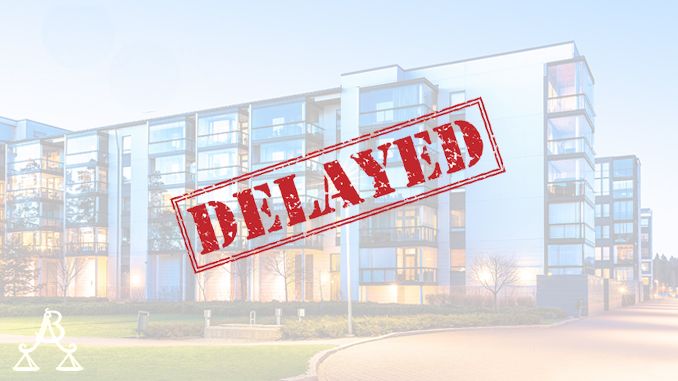 If the reason given for the delay is within the force majeure definition, then it is likely that purchaser will be unable to terminate or claim any compensation for the delay.

If the delay is beyond the grace period and cannot be excused due to force majeure, then if the purchaser do not terminate the SPA he could claim compensation as detailed in the SPA. That would comprise interest on the payments made from the last date of promised delivery to the actual date of delivery.

The law number 8 of 2007 states that a project developer has to place a deposit or financial collateral of equal value of the property at RERA. This is the reason why “Every buyer has to be registered in the Real Estate Registry in order to guarantee his rights.

The Article 246 (1) of the Civil Code States that “the contract must be performed in accordance with its contents and in a manner consistent with the requirements of good faith.” This explains that the developer must fulfil all the terms of the contract as mentioned. In the contract it is clearly mentioned that the property will be handover to the purchaser on the particular date.

If the developer fails to perform his obligation then the purchaser has two options:

1) to terminate the agreement
2) to claim compensation for such delay.

The purchaser can seek termination and the materiality of the breach by the Developer in not handing over the unit in the agreed date. But it is advisable to look into the terms mentioned on the SPA when considering terminating or claiming compensation since the SPA will be having such clauses where the delay is accepted in case of force majeure.

Even now the court will not accept the plea of the developer, if the delay is more than two years. This give some kind of protection to the purchaser to claim his rights in case of the delay in handover. But this is subject to the discretion of the court to decide whether there is a reasonable delay.